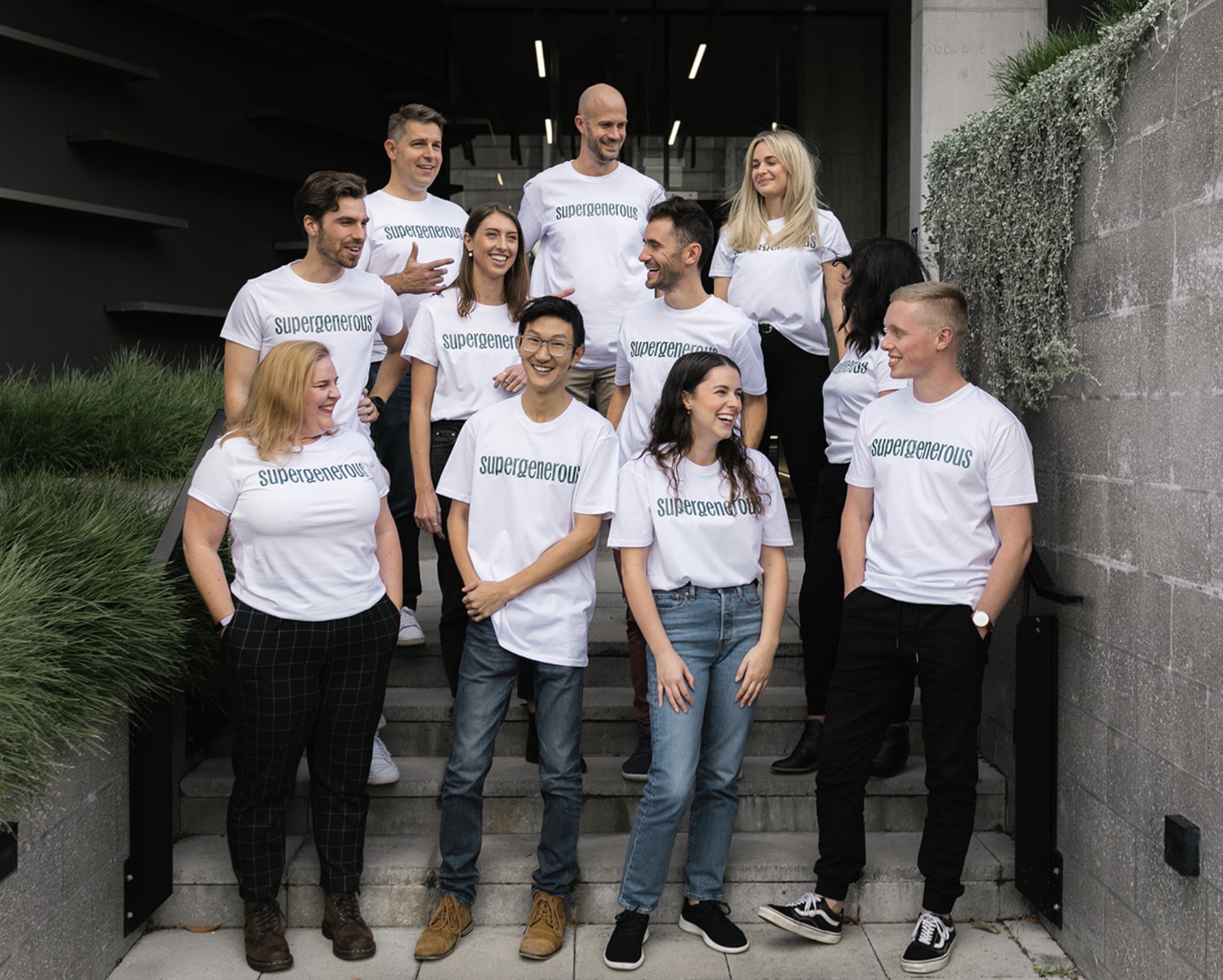 We’re very excited to announce that we have some amazing new investors onboard to help us achieve our vision of supercharging the impact of human generosity.

It all began with a question two years ago – “Why are people not claiming their donation rebates from the IRD?” Roughly 60% of New Zealanders in fact, leaving $250 million dollars behind each year. Imagine the amazing things that money could be used for in the charitable sector?

It turns out that like the fence you wanted to paint out back, or the gym membership you have been meaning to cancel, claiming donation rebates is just another thing we don’t get around to.

And so, at the end of 2019, a small pilot project called Fund a Future began. The co-founders’ aim?

1. To figure out how to help people claim their rebates more easily

2. Encourage them to amplify the impact of their donations by regifting them to charitable organisations

Fast forward and here we are today, a small social enterprise under the new name Supergenerous. And the even better news? Kiwis really liked the idea. With over 70 charity partners on board, and hundreds more in the wider community, we are helping thousands of people claim and regift their donations.

So, what are we using the funding for? Hiring some amazing talent, improving our digital platform, onboarding more charitable organisations and taking Supergenerous to the world!

Auckland-based tech startup Supergenerous has closed a capital funding round of over $1.4 million to increase the impact of charitable donations globally.

Supergenerous is an online platform that automates the claims process for donation tax rebates, providing the option to then re-gift those rebates back to charity.

In New Zealand alone, nearly $250 million of donation tax rebates go unclaimed each year, which could instead be distributed to charities, schools and religious organisations.

The funding round was led by former Prime Minister Sir Bill English with participation from Sir Stephen Tindall’s K1W1 and other value-aligned private investors and philanthropists.

The capital raised from investors is being used to expand the team, grow customer numbers, onboard more charity partners and enhance the Supergenerous platform.

Investor Sir Bill English says the business is well-positioned to address the inefficiency of access to, and distribution of, donation tax rebates worldwide.

“The impact these rebates will have for charitable organisations is considerable and a real opportunity for donors globally to give more,” says English.

With hundreds of customers signing up each month, Supergenerous CEO and co-founder Guillaume Dehan says nearly $500,000 worth of donations from Supergenerous’ users have already been identified as being eligible for rebates.

“Customers really appreciate the fact we can claim all their donation receipts over the past four years and then continue to claim going forward, saving them the hassle of sourcing and lodging receipts with the IRD each year,” says Dehan.

“We’ve seen that the easier we can make this process for donors, the more likely they are to claim and feel compelled to give this money back to the causes they care about.”

The compounding effect of continuing to re-donate over time means a $100 donation can turn into $147.30 in the space of a few years. This provides a valuable income stream for charities without their donors having to give additional money up front.

The business currently has 70 charity partners on board, accounting for a donor base of roughly 200,000. Formerly known as Fund a Future, they have recently rebranded to reflect their vision of transforming the impact of human generosity.

Eat My Lunch founder Lisa King and professional directors Rod Snodgrass and Nigel Parry have also joined the board as part of the raise. 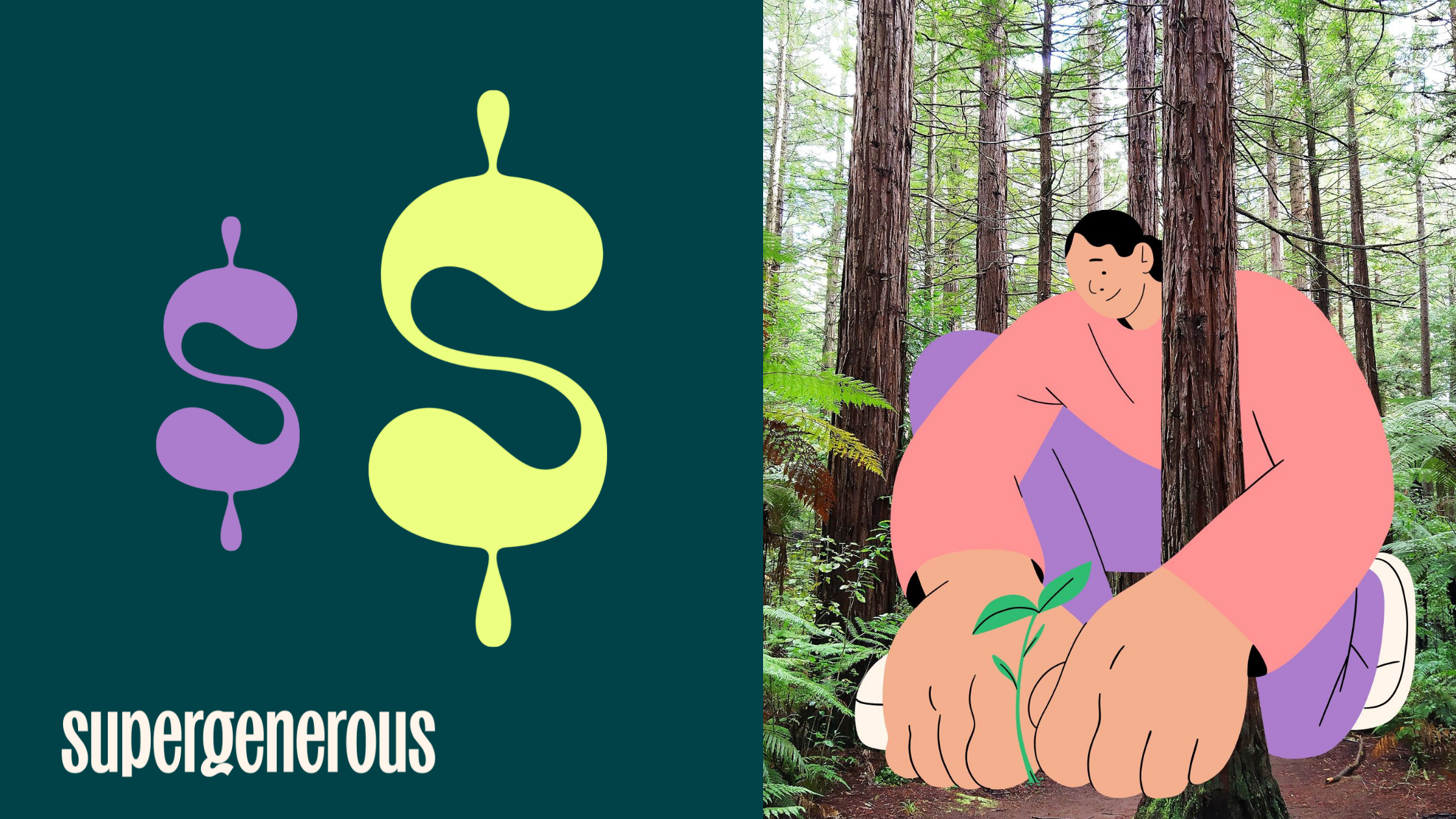 At Supergenerous, we’re proud of our social enterprise status. In fact, we often shout about it to our donors, supporters and charitable partners.

For our latest Charity Profile, we spoke to the amazing Gail Rotherham who is the Business Development Manager at Tim Bray Theatre Company. With the mission of igniting...